I never thought I’d write a poem about the sea much less write one and get it published but Holy Frogfish! my poem, ‘Watching a Clown Frogfish Feed’ has been chosen for publication in the ALONG THE SHORE ANTHOLOGY by Lost Tower Publications, forthcoming in April 2017!

Holy Leaves! My poem “Children at Play in Beaumont Park, 1934” will be part of The Poetry Leaves Project Exhibition May 2-31, 2017 and will also be published in the Poetry Leaves bound volume. If you happen to be in Michigan nearby Waterford Township this May, check it out—and take some photos for me. 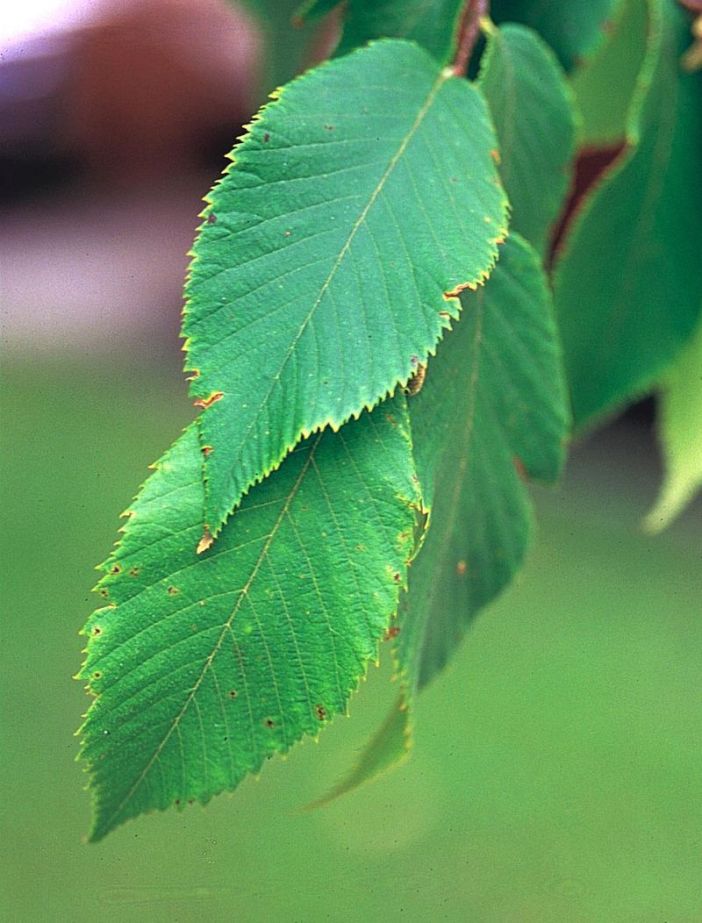 What a terrific gift to receive on New Year’s Day 2017! Two of my poems were published in The Found Poetry Review, Issue 10. It’s an outstanding issue!

I’m so honored to have one of my poems included in the inaugural issue of WOUNWAPI, A Journal of Oglala Lakota College in South Dakota as an Okhólaya (friend) of the community. Thank you Céline Demol (and William Wordsworth!) for providing the inspiration for this poem

Good afternoon Sunday! I just thought this was the coolest thing! Watch the video and see if you agree.

Special Topic: Christianity and the Literature of the Vikings (Spring 2017)

Intégrité: A Journal of Faith and Learning (Missouri Baptist University)

Intégrité is a scholarly journal published biannually by the Faith and Learning Committee and the Humanities Division at Missouri Baptist University in St. Louis, Missouri. Published both online (www.mobap.edu/integrite) and in print, it welcomes essays for a special issue (Spring 2017) on “Christianity and the Literature of the Vikings.” Essays may explore the intersection of the Christian faith and Old Norse literature. As a faith and learning journal, Intégrité also invites pedagogical essays that address teaching Old Norse literature at faith-based institutions of higher learning.

Some possible topics include:

CF• The consequences and quality of Iceland’s national conversion to Christianity in 1000 A.C.E. and its treatment in the Icelandic Family Sagas (Íslendingasögur)

• Christianity and the supernatural in any saga genre

• The relationship between Christianity and Old Norse paganism

For this issue the journal also welcomes reviews of scholarly books published since 2010 that explore topics related to Christianity, literature, and pedagogy.

Essays should be 10-25 pages in length, and book reviews should be 5-8 pages. For citation style, refer to the current edition of the MLA Handbook for Writers of Research Papers. Articles should include in-text citations in parentheses, a list of endnotes (if applicable), and an alphabetical listing of works cited at the end. Proposals and abstracts may be submitted until October 15, 2016. Essays are due no later than March 1, 2017. Please send submissions as Word attachments.

Hunting for the Animal Subject in Anglo-Saxon England: a Roundtable (Kalamazoo 2017):
52nd International Congress on Medieval Studies – Kalamazoo, MI – May 11-14, 2017

A recent trend in medieval studies and the humanities at large has been a “turn” to the animal. While medievalists have long been interested in bestiaries, beast epics, and other texts populated with nonhumans, the research that is produced is inevitably concerned with what those works say about human culture rather than what they can reveal about perceptions of animals as animals. The field of animal studies (alternatively known as critical animal theory), in contrast, focuses on how humans have sought to differentiate themselves from nonhuman animals and how this perceived seperation has determined the human treatment of and responses to nonhumans. Animal studies seeks to critique the past and present mistreatment of nonhumans but also to envision an affirmative and ethical form of response to the animal, to move beyond the hierarchical, Cartesian (and Augustinian) dualism that to date has largely defined the human-animal relationship.

While Jeffrey Jerome Cohen, Susan Crane, and Karl Steel have recently brought such concerns to bear on medieval literature in invaluable studies, the focus of their work is usually on the later Middle Ages. This roundtable discussion will thus take as its focus human-animal interactions in the literary and material culture of Anglo-Saxon England. Presenters will be invited to discuss, in a 10-minute talk, an animal-related question in their own research and to reflect on their methods for understanding how animals were perceived by the Anglo-Saxons. Given the limited corpus of written texts that survive from Anglo-Saxon England, the question of the animal in this period is by necessity a multidisciplinary one, and specialists in fields as varied as philology, literary criticism, philosophy, art history, and archaeology are welcome.

Coldnoon: Travel Poetics (International Journal of Travel Writing) invites writings (prose/nonfiction/research/opinions/poetry/travelogues) on travel. For April we are receiving submissions till the end of the month.

Selected writings, published in Diaries and Dialogues will qualify for publication in the journal, both online and print (EISSN 2278-9650; ISSN 2278-9642)

Also send us a short bio note, and a recent photograph of yourself.

Submissions can be on—but need not be confined to—the following themes:

I want
another look at the terrible
eye with its nictitating membrane,
those extravagant fins,
the ampullae of Lorenzini freckling its snout,

Re//Generate conference – A Call for papers

The University of St Andrews School of Art History in collaboration with the St Andrews Institute of Medieval Studies (SAIMS) present Re/generate: Materiality and the Afterlives of Things in the Middle Ages, 500-1500, an interdisciplinary conference on reuse and recycling in medieval Europe taking place on 6-7th May 2016.

In recent years, the discipline of Art History has been grappling with the concept of materiality, the very thingness of art. The material of medieval art, be it parchment, precious metal, gem, bone or stone, has emerged as a spearheading topic. Unsurprisingly, this “material turn” has prompted intriguing questions. To what extent does an ivory figure of the Virgin and Child embody the divine, rather than merely represent it? What exactly did pilgrims do with the holy dust or liquid which they carried away from saints’ shrines in little ampullae? It is within this context that we wish to explore how recycling was part of the medieval (re)creative process.

This conference will investigate the different ways in which medieval people used and reused goods, materials, and other elements from existing forms to create (or recreate) new art and architecture. Why did medieval people preserve, conserve, and recycle art and materials from a different era? Did such appropriation go beyond mere economic practicality? Could the very materiality of an object have been the reason for its retention or reinvention? The two-day conference is aimed at postgraduates and early career academics from a range of disciplines including, but not limited to history, art history, museum studies, archaeology, book studies and literature.

We invite twenty-minute papers on the following range of topics and their relationship to the study of materiality, recycling and reuse in middle ages:

Second-hand materiality of medieval art and/or everyday objects;
The concept of refuse/garbage and its reuse;
The medieval and post-medieval afterlives of things;
Theoretical approaches to medieval materiality; Thing theory and Stuff theory;
Semiotics and anthropology of medieval recycling and recreation;
Issues of authorship, circulation and ownership of recycled art;
Genealogy of recycled materials: spoils, heirlooms, relics, ruins and remnants;
Conservation, preservation and restoration in medieval thought and practice.

Papers on other issues related to the study of materiality and reuse of materials in the Middle Ages or of medieval materials in post-medieval practice are also welcome. Please direct your submissions (250 word abstract) along with a short biography (100 word) to regenerate2016@st-andrews.ac.uk no later than 1st of February 2016.

Call for Papers
The Virginia Graduate Colloquium in Theology, Ethics, and Culture

The 2016 Virginia Graduate Colloquium invites creative submissions by graduate students on the conference theme: “Religion and Media.” We are honored to present as our keynote speaker renowned anthropologist Professor Talal Asad, whose transformative work on the genealogical mediations of religious and “secular” traditions has deeply influenced the study and practice of religion today.

Religion is often described as a “mediated” phenomenon, whether ritually, doctrinally, aesthetically, communally, politically, narratively, and/or violently. Potential topics could include: material histories of the Gutenberg press, oral epic traditions, Qur’anic calligraphy, televangelism, propaganda posters and wartime radio broadcasts, Mormon architecture, illuminated medieval manuscripts, and iconoclastic controversies. What, for example, is the significance of an online presence for religious authorities, like the Dalai Lama via Twitter? What is the function of “scientia media,” or middle knowledge, regarding divine omniscience in analytic philosophy? How is Christ depicted as “the Mediator” by Christian theologians? How is God both immediately and transcendently One within the Islamic intellectual tradition? What is the interpretation of Jehovah-rapha and covenantal remediation before and after the Holocaust? In short, the conference will initiate a dialogue about “media,” construed not only as a “mode of transmission” but also as a process of (re-)/mediation and repair, to open new lines of investigation for theological and religious studies.

We welcome a broad range of submissions including, but certainly not limited to: