The Harpy
BY ROBERT W. SERVICE

Until they come, the nightly scum, with drunken eyes aflame;
Your sweethearts, sons, ye scornful ones — ’tis I who know their shame.
The gods, ye see, are brutes to meiand so I play my game.

Word Hoard Issue #5: Scum and Villainy
wordhoard.editors@gmail.com
Word Hoard is soliciting articles, essays, interviews, creative pieces, and other publishable works on the theme of “Scum and Villainy” for our fifth issue. (Please find our previous issues at http://ir.lib.uwo.ca/wordhoard). We believe both “scum” and “villainy” have social, ethical, and epistemological implications reaching far beyond literary and popular tropes, and thus far beyond the lush taxonomy of opportunistic or conniving archetypes (e.g., muggers, grifters, the debased; psychopaths, traitors, the corrupt). Characterizations of “scum” or “villainy” interest us far more than literary characters as “scum” or “villains.”

“Villainy” has come a long way from its lowly agricultural roots—the Latin villa (country house) and villanus (farmhand) give us the earliest sense of the vilain (peasant, yokel). Early association of “villainy” with rural boorishness suggests urban chauvinism; later association with criminal action suggests classism and anxiety directed toward the out-of-work (and thus out-of-place) urban poor. How is villainy still characterized by a tension between productive urbanity and its other(s)? How is the urban site realized against/through the villainy that disturbs its ‘progress’? 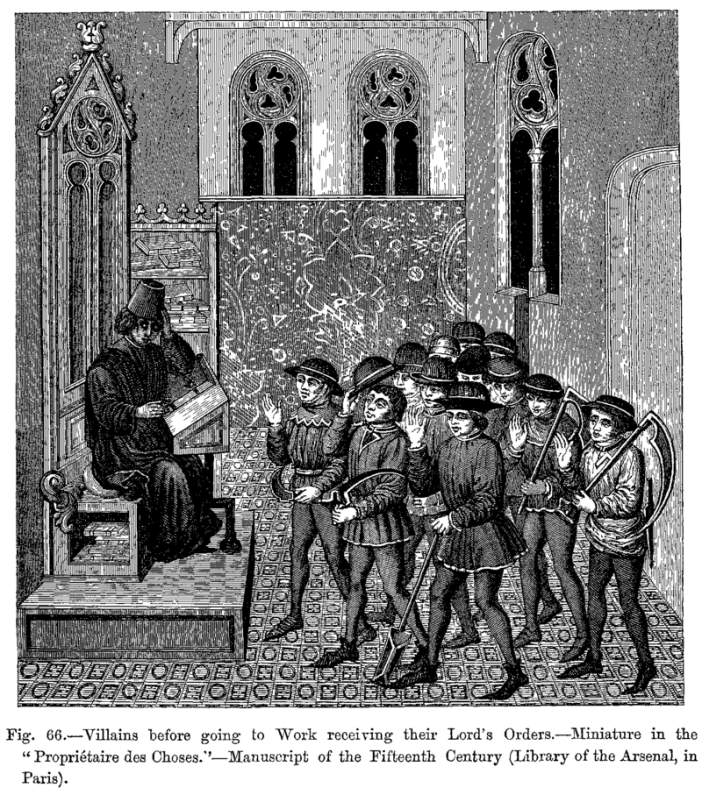 Or, how does villainous incursion differ from the encroachment of the natural, monstrous, or subhuman? If “villainy” now implies corrupted, agential intellect, “scum” has followed a shorter, straighter etymological path. From ‘froth’ (schuum) on stagnant water to plain ‘dirt’ or ‘filth’ and then to the lowest of the human, “scum” has consistently connoted the abject, the undesirable and undifferentiated by-products of organic processes. How does the notion of the “wretched hive of scum and villainy” suggest affiliation and distinction between these terms? What are the relations between immorality’s perceived material and demographic substrates and its essentialization (e.g., evil) or systemization (e.g., conspiracy)?

Or, is “villainy” is a reneging on a Hobbesian social contract? Is the presence of “scum,” then, a trace of such a contract’s failure or its inconvenient by-production? Both “scum” and “villainy” seem opportunistic in their occupation of anti-social spaces and participation in anti-social activities. How do characterizations of “scum” as organic or inevitable accumulation speak to utopian, dystopian, or realist discourses? How do characterizations of “villainy” as ‘striking first’ speak to policies of deterrence, punishment, or preemption? What is the relation between such cause-and effect temporalizations and the construction of morality or ethics? What can an understanding of “scum” or “villainy” clarify regarding political rhetoric and media representations of individuals and groups as violent, illegitimate, or immoral?

Word Hoard invites submissions of abstracts (500 words), due by 16 October 2015, or of full submissions (3,000 – 5,000 words of prose), due any time between 16 October 2015 and 15 January 2016. All abstracts and submissions will undergo a blind peer review from which all authors receive detailed and constructive feedback. All accepted submissions can expect online and print publication in the summer of 2016, and all accepted submissions will be responded to within our dialogic, multigeneric format. Submissions should be formatted according to MLA guidelines, and should also include a brief biographical sketch of the author. Submissions should not contain the author’s name or obvious
identification marks to ensure an objective blind peer review process.

To submit, or for more information, please contact us at wordhoard.editors@gmail.com.
We appreciate your attention, and we look forward to reading your work.